After a year and a half of living here, it feels like the wind never stops. Its temperature and intensity vary, but most of the time there is a noticeable breeze. And now, we're learning a new lesson: many of the young trees don't like it.

March and April were warm and with reasonable rainfall so the garden is taking off. The wind keeps blowing as well, and it doesn't always feel warm. It recently doubled in intensity for a few days.

The plants are visibly suffering. I expected bent trunks but it doesn't seem to be and issue so far. Instead, there's burnt leaves and branch tips everywhere.

Even the the almond trees, tall and skinny and – some of them – burdened by fruit, seem to be holding on well. Except for their leaves.

Many (most?) species seem affected to various degrees. They each deal with it in their own way.

Meanwhile, we're trying to figure out our own response. It's tempting to let it be and use it as a filter for what's going to thrive in this environment. The trees are not fully established, though, so they might thrive anyway if we just help them out a bit. In the overall design there are a couple windbreak tree rows that should help – in a few years, once they've grown. For now they just suffer like the rest.

Giant reed grows everywhere around and people often use it as a windbreak. It's however a very aggressive spreader and it's close to impossible to eliminate without chemicals, so we don't want to introduce it in the garden. Bamboo is promising but can also spread, and is quite expensive if starting with plants that are of an useful size already.

Agriculture in the area seems to employ tall windbreaks of semi-permeable green plastic netting. It seems to work well enough for them, but it's a lot of plastic that might sooner or later break down and crumble all over the garden.

What we settled on for now is hessian cloth windbreaks: hopefully as effective as the plastic (though more expensive) and fully biodegradable. Now let's source it and build some windbreaks before it's too late. 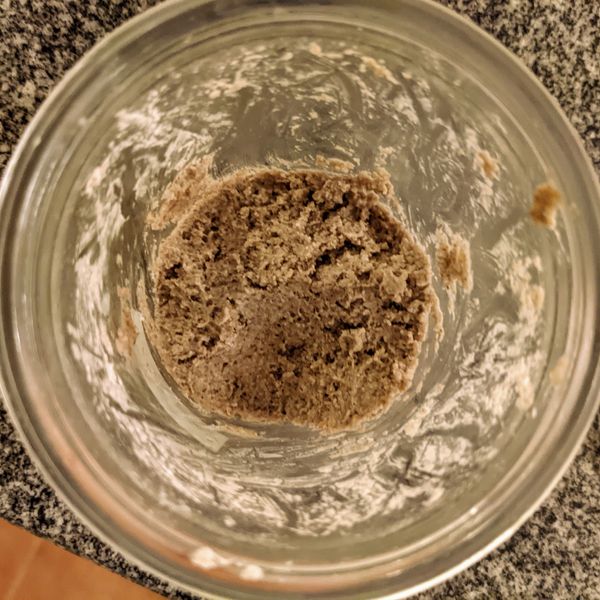 Baking sourdough bread necessarily involves obtaining and maintaining a starter culture. After experimenting with several ways of doing it, I settled on the lowest effort yet still effective one I found: the NMNF ("No Muss No Fuss") starter, courtesy of dabrownman on The Fresh Loaf. The author's details in the

While it might seem a bit overwhelming at first, milk kefir is really easy to make. After a few attempts, it will take you very little time and energy to prepare.